Combination of digital and physical spaces 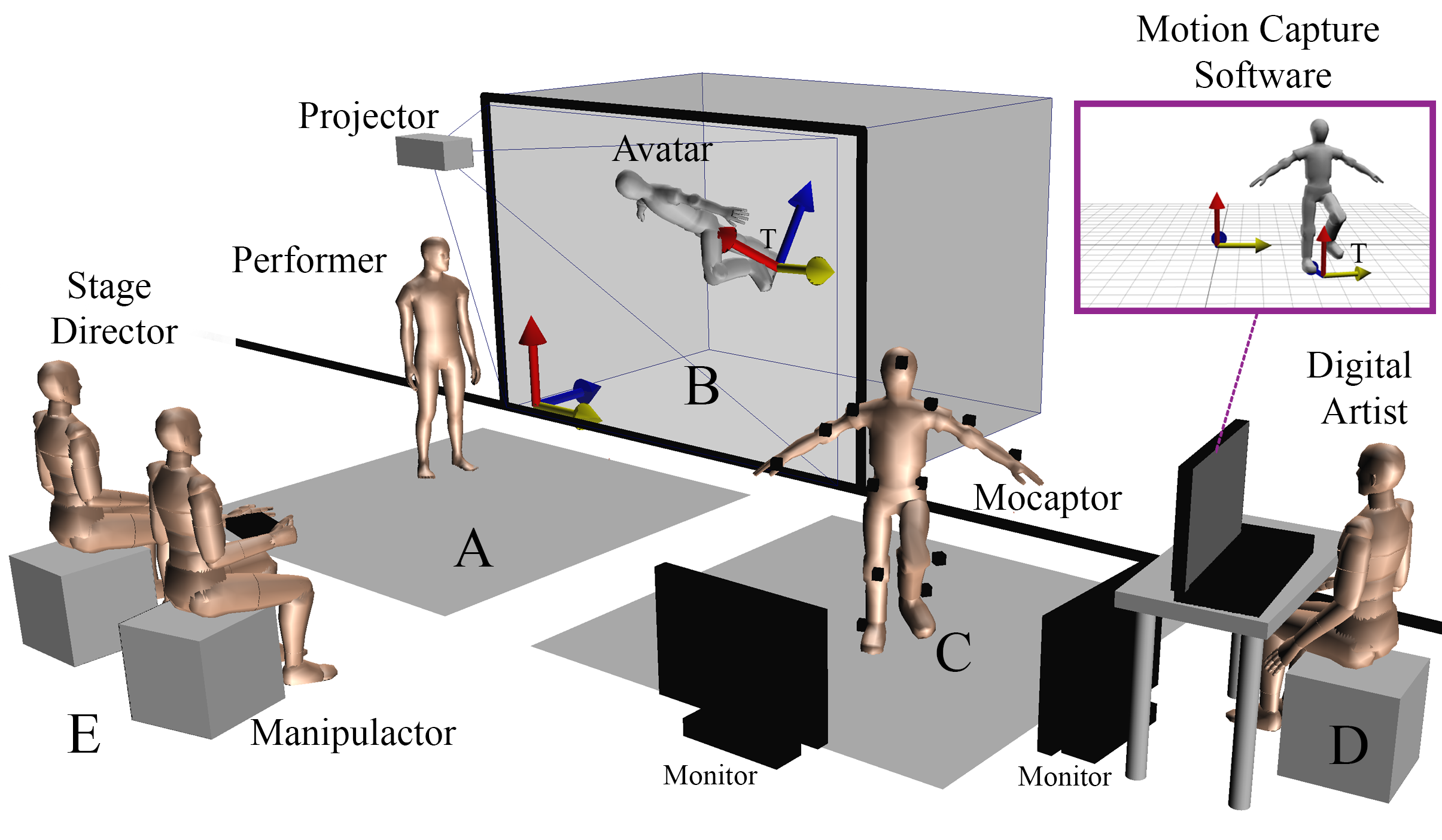 Multiple configurations of interrelation between physical and 3D digital stages are possible. We may have mocaptors acting in corridors aside the stage, or being also acting as performer in front of the screen.

Acting in 3D world with a motion capture device

The avatar is controlled in real time by two performers :


For adresses issues, the manipulactor can change the location and the rotation of the avatar to help the performer adjust his relationships with the audience, or his physical and virtual partners.

For the moment, AvatarStaging focuses on mixed reality issues concerning relationships between physical and digital actors and spaces. Nevertheless, all the results about achieving the best presence quality in 3D world will be used for immersive future development.

We focus on low cost motion capture device systems, as Perception Neuron, by Noitom, Smartsuit Pro, by Rokoko or Kinect by Microsoft. Combined with Unreal 4 game engine it allows to create performances in 3D space in real time.